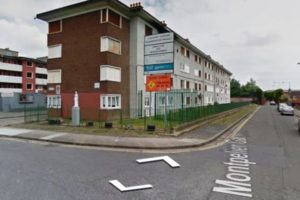 Another disappointing evening at City Hall on Monday 24th February 2020 with the majority of councillors voting for a Fianna Fail Lord Mayor over a housing and homeless activist. Despite a clear mandate for change from the electorate two weeks ago Dublin City Council continues to practice old style politics where parties opposed to real change like Fianna Fail are propped up by those who would claim to be progressive.

The Social Democrats and the Greens supported Fianna Fail councillor Tom Brabazon over Cllr Anthony Flynn, a frontline activist who has spent years campaigning against homelessness. With housing being one of the major issues during the recent election electing Anthony Flynn as Lord Mayor would have been a statement of intent by councillors. It would have shown the public that we are serious about change and would have sent a message to any new Government that we expect them to finally tackle the scandal of homelessness.

Unfortunately those who gave away the public lands at O’Devaney Gardens to a private developer chose to ignore the public again and continue with the old ways. Even Fine Gael recognised the public demand for change and supported Cllr Flynn but he lost by only 8 votes.

Yet another case of a rogue employer targeting unionised workers showing how weak workers rights legislation is in Ireland. In this case it’s actually a